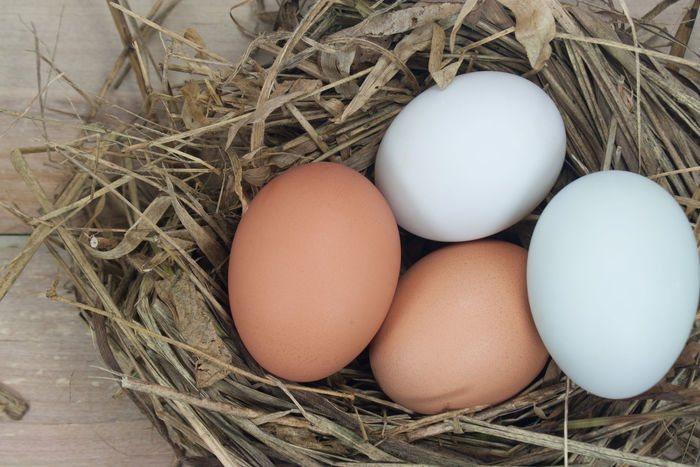 We refer to hens’ eggs.

There are three parts to an egg: the shell, the egg white and the yolk. The shell can be white or brown.

Eggs play an important role in diets. They are a basic cooking ingredient, highly nutritious, tasty, versatile, easy to cook and with a great value for its price. Eggs have the highest nutrient density among the foods we usually consume. These nutrients, are all useful for our organism.

Around 30% of the egg weight corresponds to the yolk, a 60% to the egg white and a 10% to the shell. Two medium-sized eggs are considered as the average portion, with a total weight of 100 edible grams, without the shell. The nutritional components are distributed   heterogeneously, with huge differences between the egg white and the yolk. Fat, cholesterol and some micronutrients are present in the yolk, while the egg white is made of water (88%) and proteins (11%), being the ovalbumin the most important one. The content of some minerals and water soluble vitamins is also higher in the yolk.

Avocado and mayonnaise pintxo with prawns

Broccoli with carrots and bechamel sauce

Butter cake with raisins and cinnamon

Chard filled with spidercrab and garnished with clams and asparagus

Génoise sponge cake to be rolled

Honey cake with dates and walnuts

Leeks filled with monkfish, and spidercrab in green sauce

Scrambled eggs with spinach and mushrooms

Scrambled eggs with squid and mushrooms

Simmered and buttered veal with biscayne sauce and mashed potatoes

Stuffed peppers with squid in its own ink

Stuffed peppers with squid in its own ink