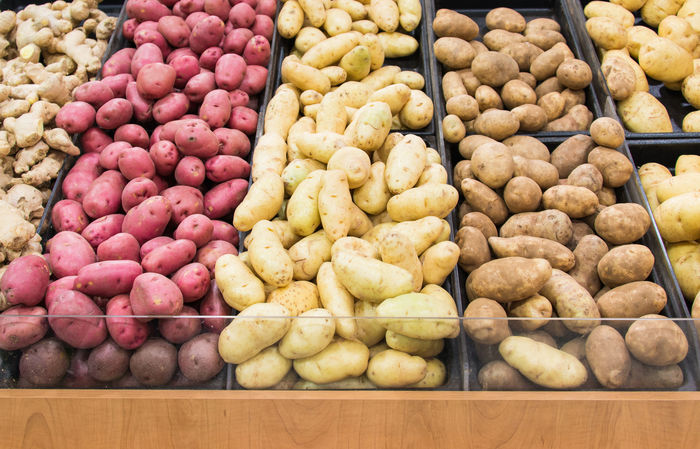 Potatoes (Solanum tuberosum) is a species of herbaceous plants belonging to the Solanum genus from the Solanaceae family, which comes from South America. They are planted all over the world for its edible tubers.

It was first grown in the Andean plateau by the natives about 8,000 years ago, and later it was taken to Europe more as a botanic oddity than as an edible plant. Its consumption became more and more popular all over the world until it reached its current status as one of the most important foods for human consumption.

Beefburger with baked potato and coleslaw with carrots and apple

Broccoli with carrots and bechamel sauce

Broccoli with pumpkin and garlic oil

Grilled haddock with tomato salad with garlic and galician potatoes

Hake with green leek and Derio spinach and carrot chips

Porrusalda (leek and potato stew) with pumpkin and cod

Potatoes stewed with squid in their own ink

Roasted lamb cooked at a low temperature with potato toast

Turbot stuffed with vegetables and served with clam sauce

Vegan lasagna made with soy protein crumbs and ratatouille