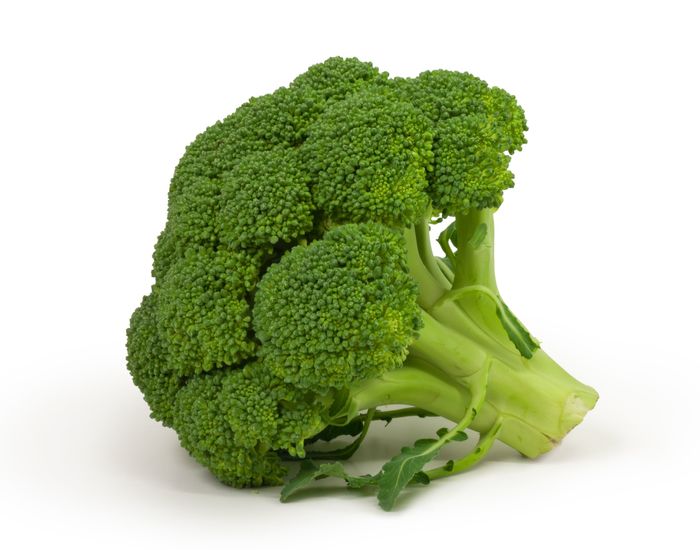 Broccoli is an herbaceous plant belonging to the Cruciferae family. It is formed by a short and erect stalk that has inflorescences (usually a big one in the centre and some smaller ones in the laterals) on the top, and leaves and flowers on the sides. The edible part is the inflorescence, which is not as cramped as the one of the cauliflower, and has a greenish, greyish or purple colour.

It comes from the Mediterranean and Anatolia. There are historical references that show that it was cultivated even before the Christian era. In Italy, it has been popular since the Roman Empire, and in France it is cultivated since the 16th century. In England, however, it was unknown until some centuries back. Nowadays several countries cultivate it, both in Europe and in the United States.

Like other crucifers, broccoli is very important from the nutritional point of view, as it contains lots of vitamins. It is a source of provitamin A (in the form of beta-carotenes), vitamin C and folic acid, to the extent that an only portion (200 g) provides more than three times the daily intake recommendations of vitamin C and half of the recommended intake of folic acid.

It is also a source of minerals (potassium, calcium, phosphorus, magnesium and iron), fibre and phytonutrients such as glucosinolates, isothiocyanates and indoles.
Besides, it has an important amount of sulphur, which gives it antimicrobial and insecticidal properties. That is the reason for the strong smell it emits when it is being boiled.

It is sold both fresh and frozen.

Artichokes and prawns warm salad with a mix of vegetables