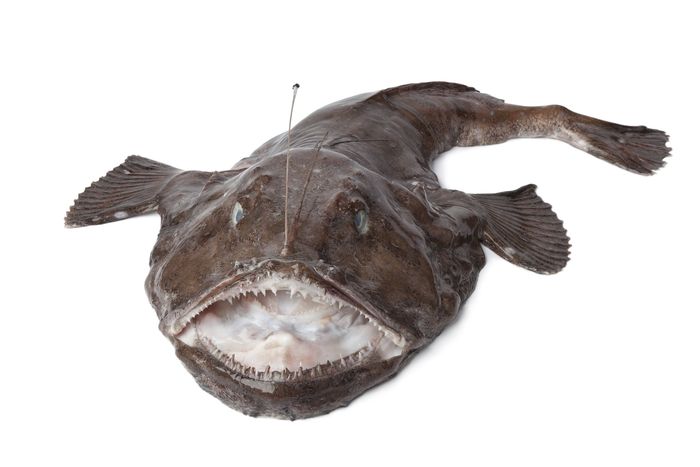 It has a flat shape but it’s not a flat fish. It has a huge head and mouth when compared to the rest of its conic body. The fins instead of popping out of its body directly, come out of this kind of movable limbs that allow him to crawl on the seafloor. The first radius of the dorsal fin goes to the front and it has a dangling lure to catch fish whit its backward teeth. It’s a very voracious fish with a hard brown or dark coloured skin depending on where it lives. Insulin was extracted the very first time from its pancreas. It’s fished all year round. A portion is considered to be 250 gr. White saltwater fish.

"A Banda" style rice with monkfish

Leeks filled with monkfish, and spidercrab in green sauce