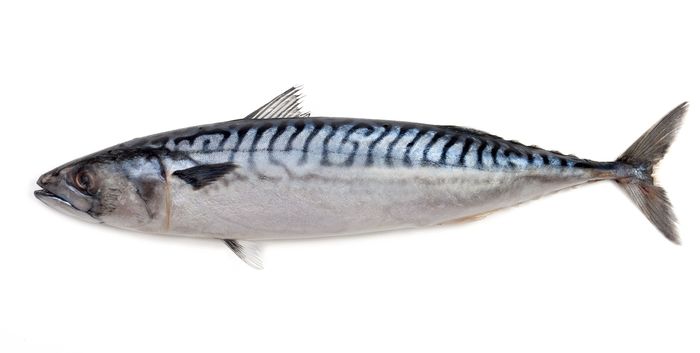 Mackerel is the common denomination for any of the 48 species of fish that have a pointy head, a wide body that takes the shape of a spindle after the bilobate tail.

They are 48 species of market importance, both for its fresh and canned consumption. It’s an oily fish that can be used for many different dishes. It’s important in all harbors, in the Cantabrian ones it’s fished with hook and line, with a red string as a lure. It’s also fished with encircling nets. Hook fished mackerels are usually more appreciated and expensive than net fished ones. The fishing season is approximately from January to April or May, with its stronger month being March.

The Atlantic mackerel is very similar and sometimes they are mistaken. They have the same shape and characteristics; it’s a bit darker with the black stripes a bit more regularly placed.

The mackerel distribution spreads all over the Atlantic, Cantabrian, Mediterranean and Black sea.