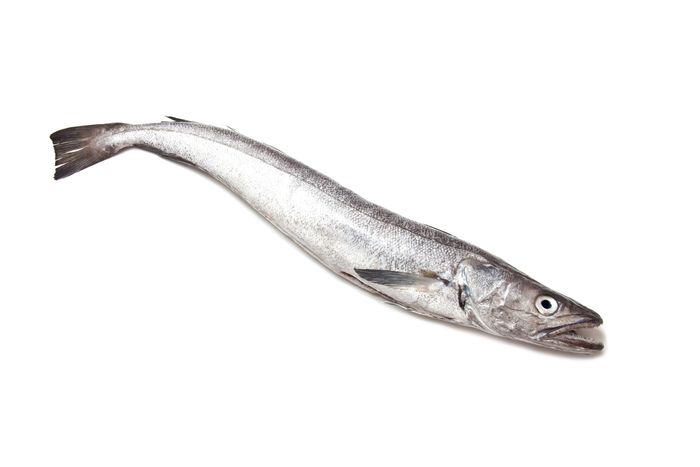 It’s the most appreciated fish in Euskadi, and it can be fished all year round.

It lives in depths of 100 to 1000 meters, but it goes to the surface at night as it eats pelagic fish. It spawns in May and June. It lives throughout the whole sea but due to how deep they live it’s only fished in the continental shelf. It’s fished with hook, line and trawl, the ones fished in the Cantabria coast being more appreciated.

The 40% are more than 18cm and less than a kg. They are called whitings. The ones which are less than 18 cm. are not allowed to be fished. They can be bought fresh, frozen in many ways and also salted.

We can check its freshness by the firm and elastic consistency, scales stuck to the body, entrails with a pleasant smell, rosy gills, convex and clear eyes, shiny skin and intact intestinal cavity.

A ration is estimated to be 250 grams.

Hake fillets in a green sauce with clams

Hake with green leek and Derio spinach and carrot chips