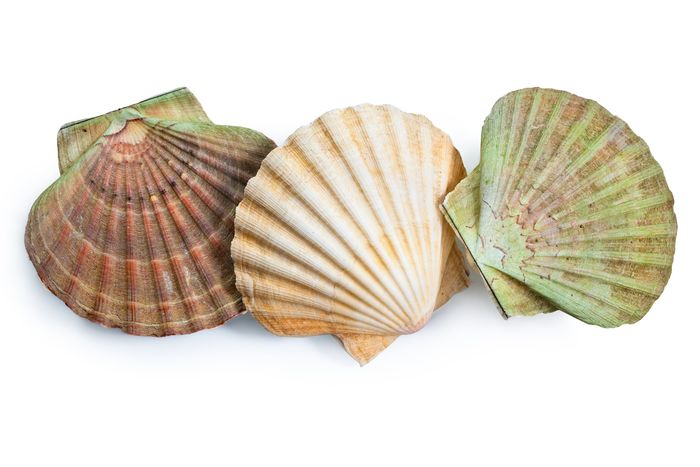 The scallop is a bivalve mollusk closely related to clams and oysters. It lives in deep waters of up to 100m in most seas, on clear firm sandbanks near the coastline. It is a hermaphrodite and it develops the male organs first. Its valve is wavy, and the lower part is bigger than the upper part, which is almost flat. The undulations grow from the vertex of each valve, making it look fan- shaped. Its edges are sharp and wavy. The valve closes and opens thanks to a unique and powerful muscle called the abductor.

The biggest specimens do not usually grow over 15cm and it takes them 4 years to reach a size at which they can be sold (80mm). They feed on phytoplankton and organic particles suspended in water. They rarely fix on rocks, swim in bursts by quickly opening and closing their valves or they stay still on the seabed over their inferior valve.