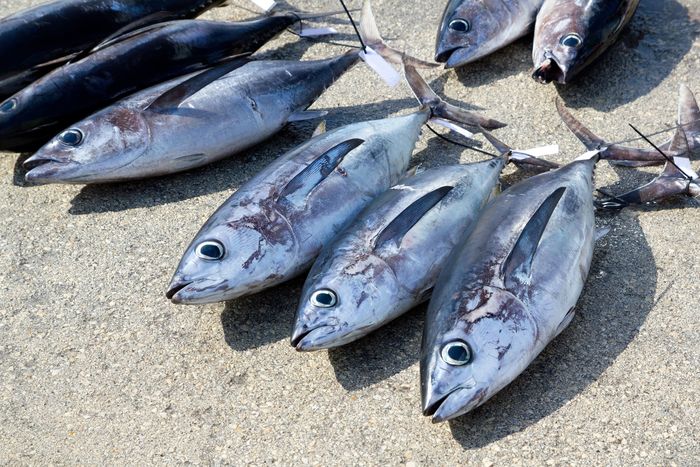 It can be distinguished from other tuna fish because it has between seven and ten longitudinal stripes in the back. Its body is less oval and longer than other species’.

It is caught in Morocco, the Black Sea and the North Sea. Countries that formerly belonged to the USSR are the biggest power in the world in the fishing of this animal, which is especially important for the canning industry.

It is commercialised entire, fresh, frozen and canned.

Albacore with a vinaigrette garnish