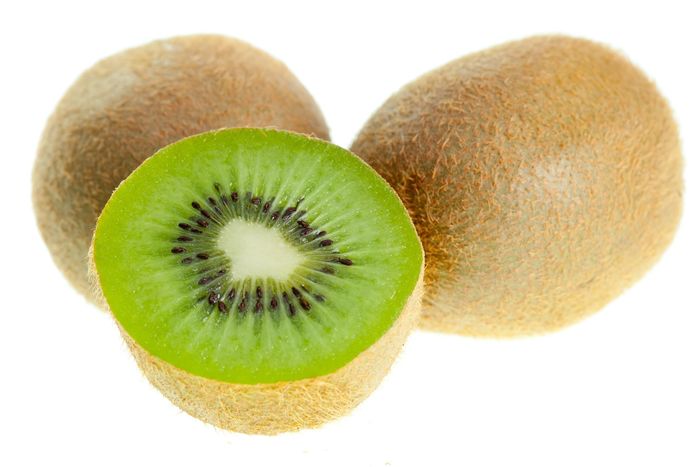 Actinidia deliciosa, commonly known as kiwi, is a climbing plant that originates from a big area of China, especially from the forests in the valley of the Yangtze River. It was introduced into New Zealand in 1904, and it has been planted ever since in many warm regions due to its edible fruit.

The kiwi name was first given in New Zealand, probably for the slight resemblance of the hairy fruit with the kiwi bird.

The fruit is an oval berry of approximately 6.25 cm long, with a thin brownish green peel and densely covered by rigid short brown hairs. The pulp, which is firm until it ripens, is juicy, bright green, and has many black seeds around its whitish core. Its degree of acidity depends on the fruit, which is similar to that of a red currant or a strawberry.

It can cause allergies, especially its peel.