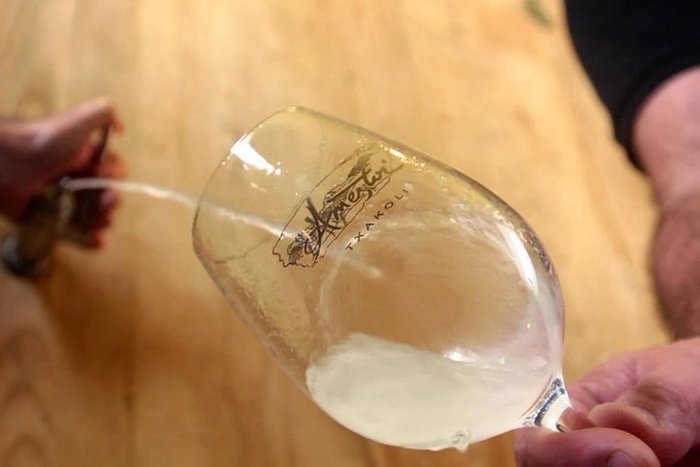 Txakoli is a wine (usually white) produced in the Basque Country.

It’s made from slightly acid grapes. The main types grown for txakoli are the hondarribi zuri and hondarribi beltza (the latter being less used). It’s slightly bubbly and with an alcoholic graduation lower than traditional wines. The biggest production is located in the coast villages of Getaria and Zarautz, both belonging to the Getariako Txakolina Designation of Origin.

Nowadays these are de Apellations of Origin that can be found: