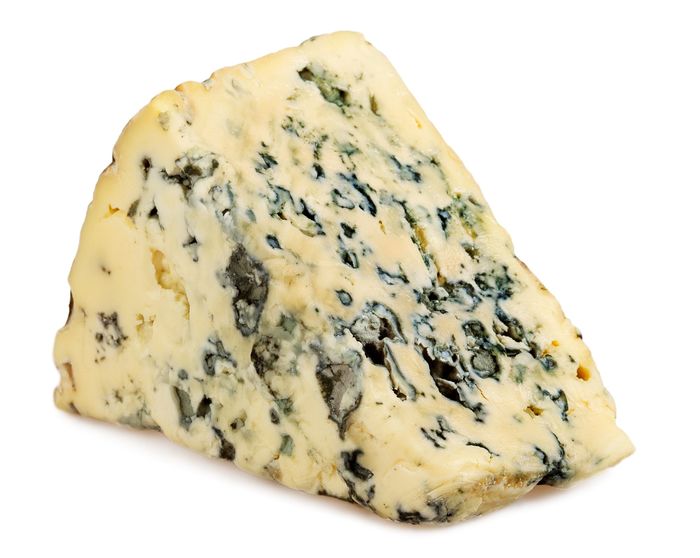 It is a French blue cheese from clotted sheep milk from the Causses de Aveyron region.

The zone where the milk is obtained from is located around the Roquefort-sur-Soulzon city, close to the city of Millau.

It is a cheese made from sheep milk from the Lacaune breed, the only breed able to overcome the severe climatic conditions due to harsh temperature changes. It is a cheese with a green paste (fromage à pâte persillée) with an average weight of 2.5kg.

The cheese is stored in the shape of balls in open cellars in the limestone rocks of Roquefort-sur-Soulzon. Its optimal period for consumption is between April and October after a 5 months’ refining, which favours the development of the inside Penicillum molds but it is a great cheese all year round.

It can be unpleasant for some people but delicious for others due to its strong taste and smell. It is usually considered an exquisite cheese by the best trained tasters. Its texture is firm and smooth and it can be spread with ease.