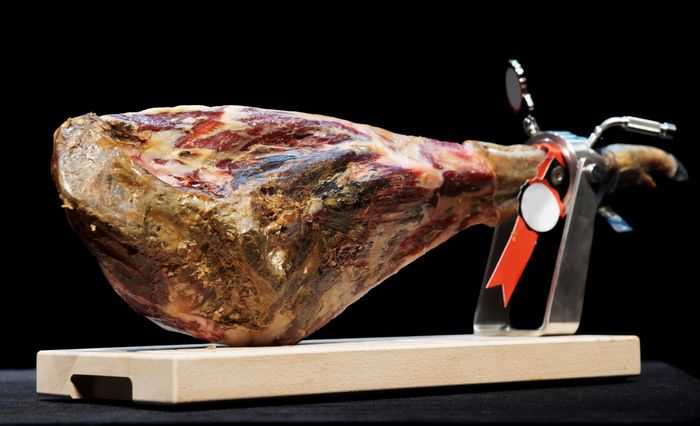 Back legs of the Iberian pig, salted, dried and cured to acquire the special characteristics and nutritional properties suitable for human consumption.

Iberian ham comes from pigs of the Iberian breed. The main features that make their quality stand out come from the purity of the pig breed, the way in which they are raised in free range pastures with trees as well as their diet and the ham curing, which takes from 8 to 36 months. Iberian ham is distinguished from the rest by its particular texture, aroma and taste although the taste varies depending on the acorns the pig has been eating and the exercise done.