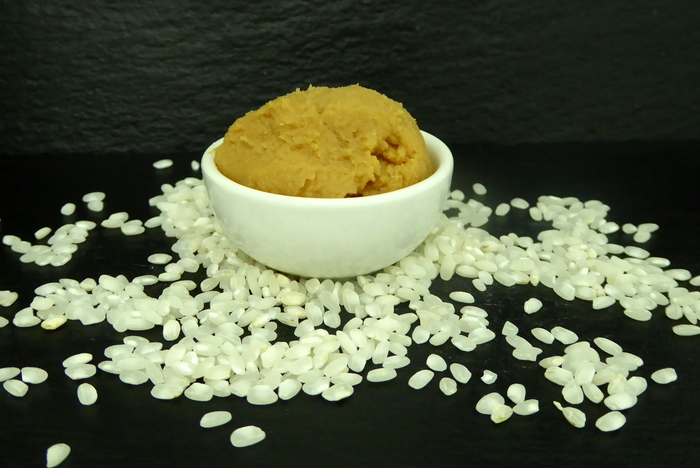 Miso, which literally means “flavour source”, is a paste obtained from soya beans (alone or mixed with some cereals such as rice, barley or rye) fermented with sea salt. For its elaboration, the soya beans are boiled with the chosen cereal, the Rhizopues (Koji) mildew and salt are injected, and then, it is left until lactic fermentation takes place. It can last from a few months to some years. The longer the fermentation is, the more intense the flavour obtained will be.

Depending on the cereal incorporated and the fermentation time, different types of more or less intense flavoured miso are obtained.