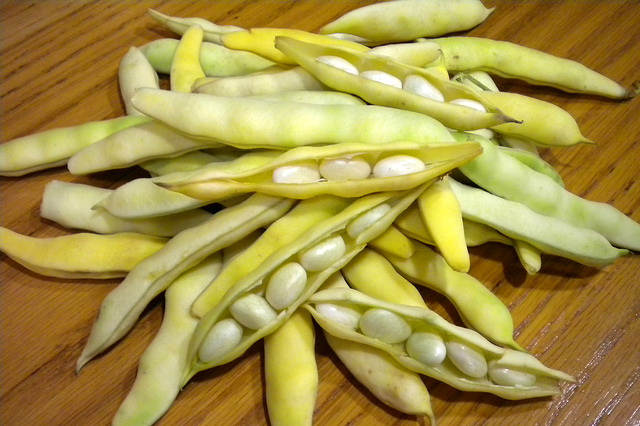 Pochas beans are a type of white bean which are eaten before reaching maturity. They are named like that because their pods look pale when they are picked and hence the name pocha (withered in Spanish). They are especially grown in the Spanish zones of Navarre, LA Rioja and Alava from May to September. These beans go from greenish colours to whitish ones during its growth.

For the way being as they are, they should be considered legumes even though they are considered to be vegetables in some parts of Navarre for marketing reasons.

They are eaten stewed, mainly in summer and autumn for their difficult digestion. In La Rioja pochas with quails are a typical dish and in Navarre stewed pochas are typical.

They are also widely consumed in Chile and they are used for a typical dish named poroto granado.