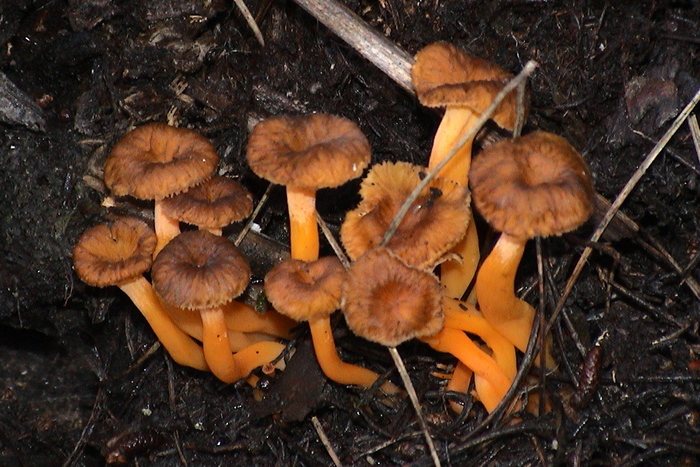 Greyish brown cap, funnel-shaped, a bit viscous, sometimes with a hole on its center, with wavy borders.

Orange inner side (hymenium), with flaps which extend to their stipe. It reaches a diameter of up to 3 to 6 cm.

Slim pedicel, shaped like a cone and orange, just like its hymenium, which contrasts with its dark brown cap; scaly on its end.

It’s very common and it spawns early from the end of summer until the ending of autumn, especially in heathers, although it also grows on different forests with several species of trees and bushes. They usually grow on shady glades in bunches, rarely seen alone.