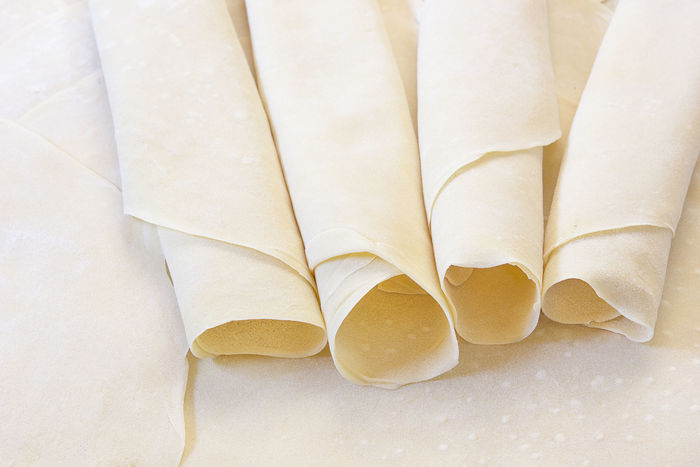 Brick pasta is a very thin layer made of dough, a big wafer similar to the Phyllo Pastry or Yufta.

It is made of flour, water, salt and oil. An acidifier called citric acid and an emulsifier called soya lecithin are added in the industrial production.

The dough is called “pastry dough” and it can be used as a single layer, or several layers can be put one on top of other. The result is a slightly crunchy wrapper with a neutral taste, that offers plenty of culinary possibilities both sweet and salty.

The layers of the brick pasta are also called malsouka in the Turkish and the Maghreb cuisine. A lot of dishes from these cultures are made with this delicate pastry dough, for example the Brick, similar to the Turkish borek, which is a thin bread stuffed with varied ingredients (vegetables, meat, fish, fruits, dried fruit,etc. and wrapped in a triangle shape.