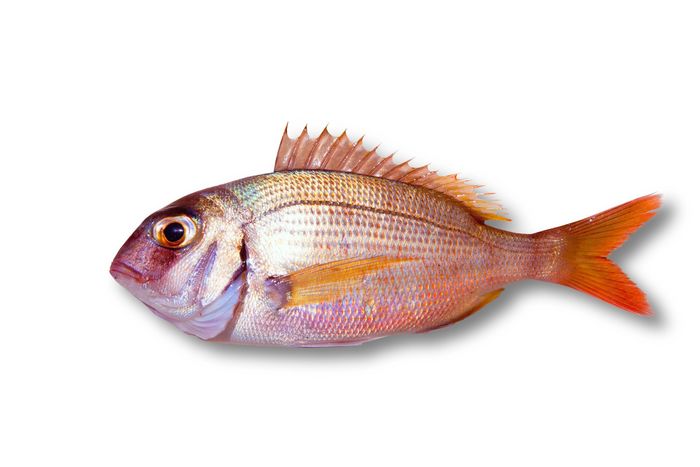 A narrow, deep-bodied fish. It has a black spot in its pectoral fin, at the same level of the lateral line and the dorsal fins (the backbones in the rear part are hard and the ones in the back are softer). Its torso is red, its flanks are paler and its abdomen is silver. It normally weighs between 1 and 1.5 kg.

It can be found in the Atlantic and the Cantabrian Sea and it feeds mainly on crustaceans.

It is fished during the whole year, but but the best time is in December and January.

To check if the fish is fresh or not, we should look at its eye and make sure it is dark.

It is a semi-oily, marine fish. Its amount of fat changes depending on the season.