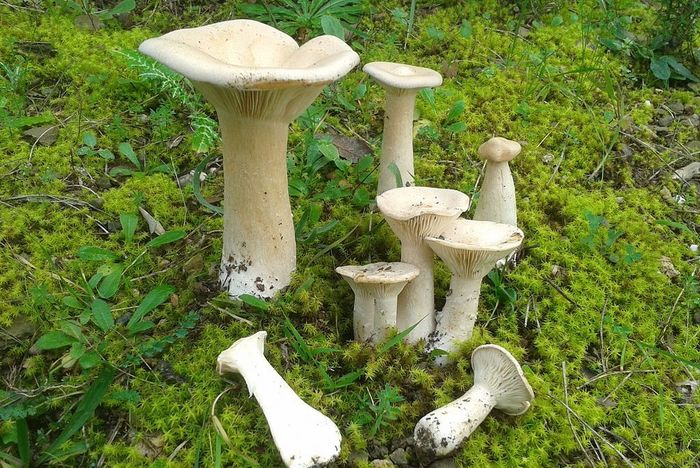 Big size, funnel shaped, coiled edges and a mamelon on its center. It can reach cap sizes of up to 8 to 20 cm. The cap and the stipe are ocher colored. Its cream colored gills are decurrent until they reach the stipe, which is solid, fibrous, erect and upright and it thickens on its base. It has a white spore print.

It loves light and usually grows in open areas (meadows, grasslands, moors) though it can also be found under less leafy trees (beeches, oaks) and even in pine groves where the light reaches the ground strong. It seems to thrive better on places where cattle roams and in calcareous grounds although it doesn’t exclusively grow on these.

It’s highly valued in the catalan and basque markets for its consistent, firm and tasty flesh and its pleasant aroma.

In some occasions the mushrooms may be hidden between vegetation, growing under heathers, so it may be difficult to spot them, but once you know its nesting grounds they’ll be easier to pick. It’s a consistent, highly appreciated and aromatic mushroom.