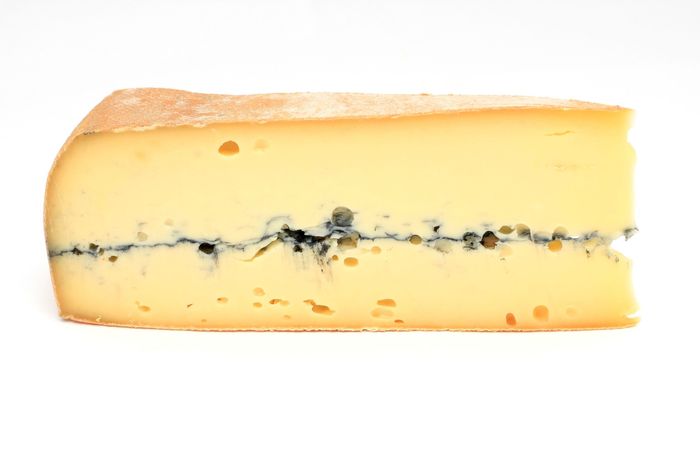 Morbier is a French cheese with AOC (protected designation of origin), that is produced in the Franche-Comté. It can be easily spotted for its black ash layer that separate the cheese in half horizontally.

The milk that’s used to make the Morbier cheese comes only from cows from the montbéliarde or Simmental française breeds. It’s entirely made from raw cow milk and it’s not allowed to extract anything from it except for a bit of fat, and no ingredients except for rennet, lactic ferments or salt (sodium chloride) can be added to it.

The cheese aging lasts minimum 45 days since the day it was made and it’s made on a temperature between 7 and 15 degrees Celsius.

The rind is formed by rubbing the surface with salted water to which lactic ferments can be added.