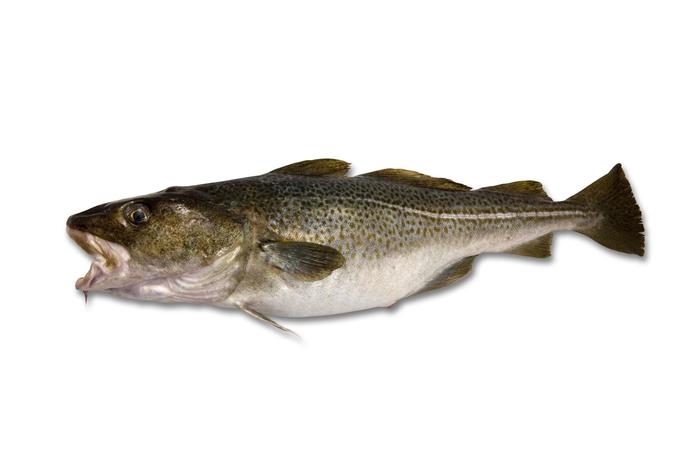 Fish with a big head and mouth. It has a prominent upper jaw, with small teeth and a strong barbel. It has small eyes and a slender body, with a very thin tail root. It has small scales, and a marked lateral line. Its colour varies depending on its habitat, from grey yellowish to green or brown reddish, but are always ocellated.

It is an omnivorous fish that weighs between 3 and 15 kg and measures between 40 cm and 1 metre, although specimens of 150 cm and 40 kg have been found .It can live for up to 25 years. It is a demersal animal that swims deeper as it gets older.

It  cannot live in temperatures above 14 degrees, so its ideal habitat goes from 0 to 8 degrees. It can always be found in the north of the northern hemisphere, especially in Iceland, Nordic Countries and Newfoundland (it usually lives here because it is where the hot Gulf Stream and the cold Labrador Current come together. Due to the temperature change, a lot of fish that have been dragged by the currents die and fall to the bottom, where they become an easy and abundant food for cod). It lays eggs from February to October, and it makes two kinds of migrations, one to the coasts to spawn, and the other in search of food. It is a white saltwater fish.

It can also be considered a semi-oily fish, depending on the season and its size.

It is commercialised entire or in pieces, fresh, frozen and smoked.