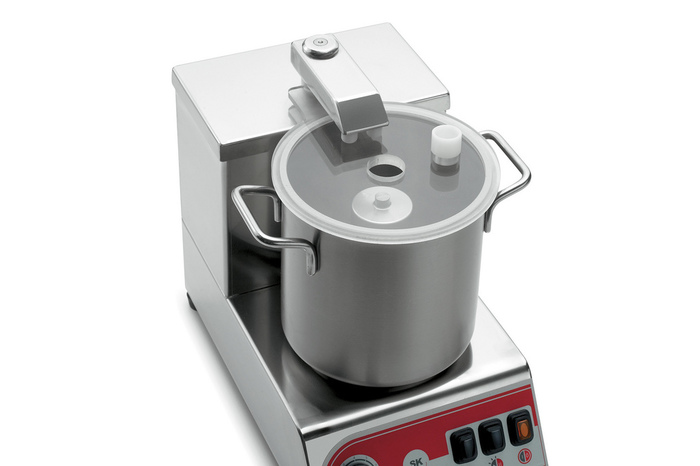 Uses: it’s a machine used in charcuterie for the elaboration of fine mixtures and any elaboration in which the meat has to be very finely ground. When the butcher is an expert they can use the machine as a conventional meat grinder, except there’s no need to knead after, which is a bonus, as cutters can grind and knead at the same time. Cutters are also used for cold emulsions such as sausages or mortadella and for hot emulsions, such as liver paste.

Safety and cleaning: the cutter is a potentially dangerous machine, but it has some highly effective safety systems. The most important safety system it has is the one that stops the machine when the cover is removed. It also has an emergency stop (the red button). It has a cleaning switch which allows the bucket to be removed even when the cover isn’t on. The machine has to be cleaned with hot water and soap. A special brush is used to clean in between the blades.